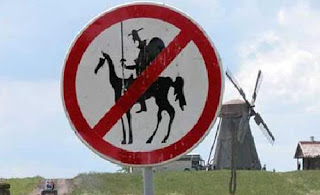 The startup I left, uBeam, is tackling a complex technical challenge - to transmit power wirelessly and safely through the air using ultrasound, and convert it into a usable form at the destination. Difficult to do as even uBeam admit (If it were easy, everyone would be doing it), some would say impossible, and others say something like "In theory, it can be done in limited cases, but in practice cost and efficiency issues will likely render it impractical."

The EEV Blog has some fascinating information and discussions on the matter, while the IEEE Spectrum Magazine ran a very well researched piece that covers many of those opinions mentioned above.

A question that's often asked on such blogs and forums is "It's never going to work. Why would any engineers work there?" while uBeam themselves point to the fantastic engineers that work there as evidence that they have a solid and viable technology.

So who is right? Well, I can't speak for other engineers, but I can talk about my motivations for doing so. And for me, neither is right, and neither matters - not even considered in my decisions.

As some background to this - I'm very experienced in ultrasound devices and acoustics. It's something I've spent over 20 years working on, am well known in the field, and have encountered pretty much every type of device out there and worked on in one way or another. I'm very good at what I do, and while not wealthy, I'm 'financially stable'. Finding work isn't an issue - but at times finding truly challenging and interesting work is.

So along comes a consulting gig - "Get paid to work on an interesting technical challenge." Of course I'll take it. At this point I start working with the other engineers involved in the project, primarily Marc Berte (the then CTO, who left uBeam in Jan 2015). When you work with a wide range of engineers over the years, you get a feeling for who you want to work with and who you don't. He's very, very sharp, and knows his stuff, and I'm finding I'm learning things from him - and that's pretty uncommon for me - to the point he might be the smartest engineer I've ever worked with.

We're making strides and building things, and sure it's a rollercoaster but this is the sort of thing that just gets to the heart of why you do engineering. Hard challenges, constant learning, being inventive on a tight budget, smart engineering colleagues.

Then the fundraising starts and you're sitting in the offices of big name VC's and rather than the usual 30 minutes of them reading their email as you go through your pitch before "So sorry, maybe in 6 months" it's extending the meeting to two hours and multiple callbacks. Fifteen years living in Silicon Valley and now I'm doing what everyone flocking there is desperate to be.

As an aside - I'd like to think the presence of this engineering team also somewhat swayed the VC's into funding. As the lead investor, Upfront Ventures, commented in a blog post:

"Here is where having Marc Berte and a team out of MIT who have designed systems like this for years gave one confidence we could do something others couldn’t copy and at price points that could make us market leaders over night."

Did I join because of the founder CEO and her amazing vision? Her technical savvy? Her management experience and amazing people skills? No, she figured into my decision with the single following factor: "Raises money way better than I can." (More on why engineers struggle to raise money in many future posts).

I joined because of the challenge and the CTO. The next engineer joined because of Marc and I. And so on for pretty much every engineer - and yeah, I ended up speaking for other engineers, so if any uBeam engineers want to pipe up and disagree, feel free.

So if you're looking for someone to blame it all on, blame Marc. :)

And the point of this story? In my opinion, don't take the presence of smart engineers as confirmation of a technology's viability (either way), and don't think the engineers at a company you find questionable aren't smart and are fully aware of the technical issues of what they're working on. They just want to play with fun toys.
Posted by StartupPR at 11:26 PM